Stay with us this Autumn/Winter for 3 nights and save 15%! Book now 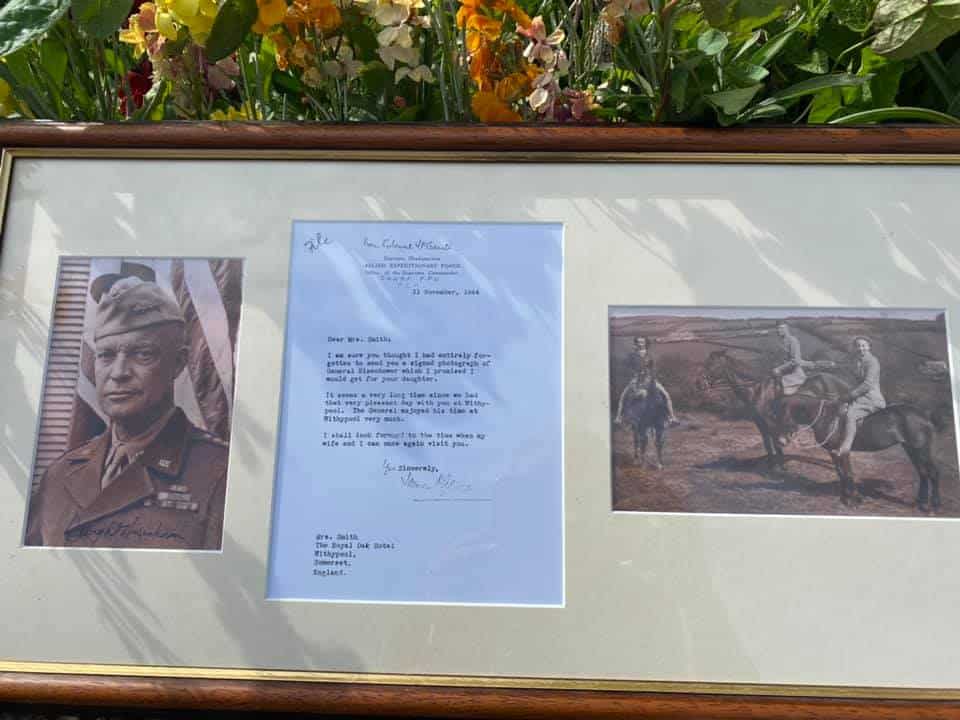 The Royal Oak Inn at Withypool is steeped in history. For centuries, people have been coming here to stay and to enjoy the delights of our 18th-century Inn here on Exmoor.

We were very fortunate to have the 34th U.S. President – Dwight D. Eisenhower stay at The Royal Oak. He sent a letter to say thank you in November 1944 and was thought to have planned the D Day landings while staying here. He enjoyed riding on Exmoor and stayed in our suite at the top with views out over the beautiful countryside.

One of the most famous English novelists – R.D. Blackmore was said to have written part of Lorna Doone, published in 1869, from the comfort of the Inn’s Bar.

Artist Alfred Munnings had a studio in the loft

Considered one of England’s finest artists, Alfred Munnings, specialised in the portraits of Horses and had a studio in the loft of the brilliant Exmoor Inn where he became most inspired to produce his works of art.

In the 1930s, the Exmoor Inn was owned by Gwladys and Maxwell Knight, a spy-ring leader and radio broadcaster upon whom Ian Fleming based the character of James Bond’s boss, M. During World War II